NGINX—a high performance web server—is a popular choice for an Ingress Controller because of its robustness and the many features it boasts. For example, it supports:

The following diagram illustrates the basic flow of an Ingress Controller in GCP and gives you a rough idea of what you'll be building: 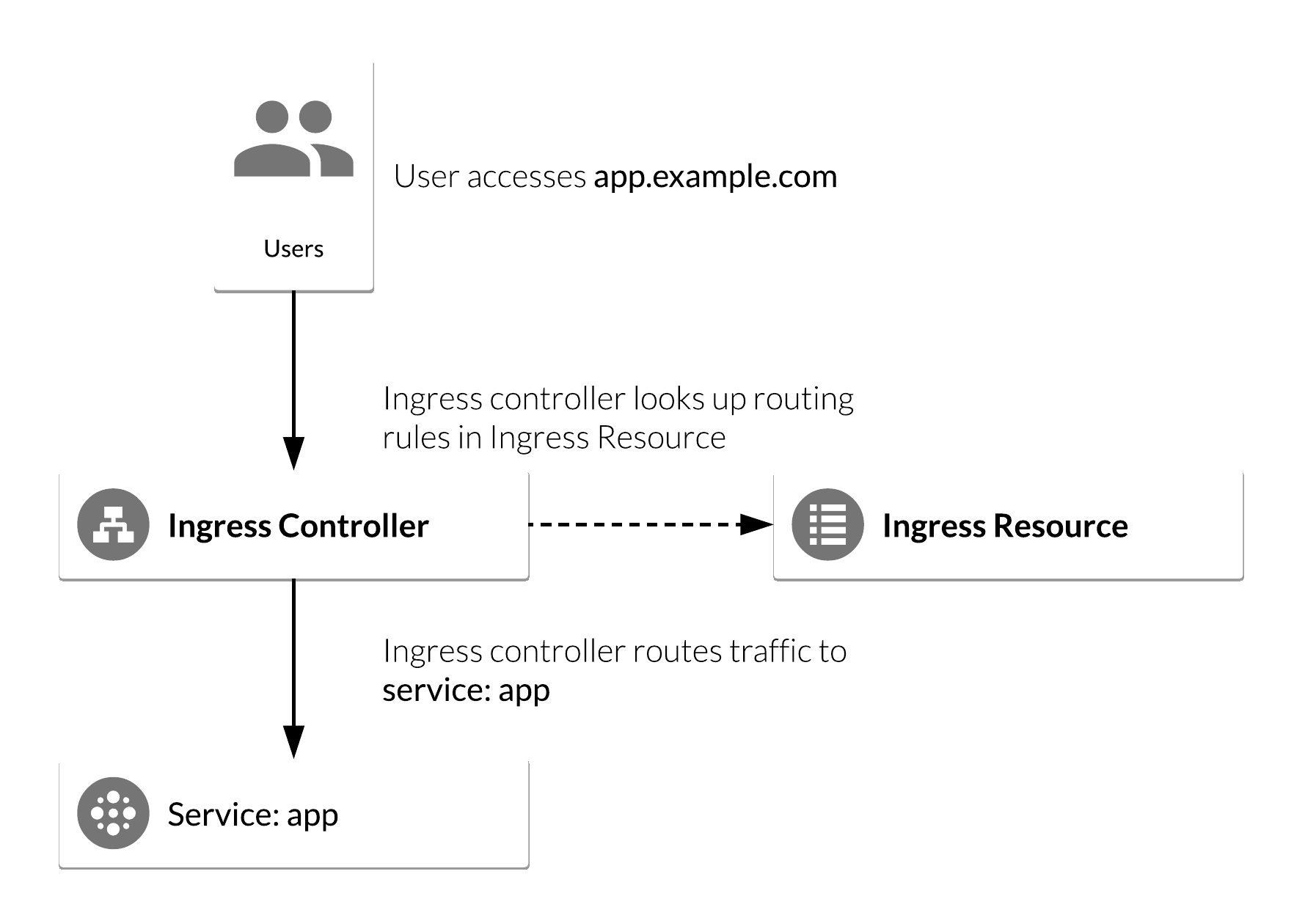 Deploy an application in Kubernetes Engine

Expose the created deployment as a service